The Reality of My Fiction

ARe Cafe is celebrating Pride Month with a series of blog posts and articles written by authors of LGBT romance. Today it was my turn, and here's the re-post for those of you who aren't members of ARe Cafe.


There’s nothing I like to do as much as getting lost in fictional worlds. Reading has been my version of heaven for as long as I can remember, but it wasn’t until I was eleven that I discovered the romance genre. A battered Harlequin copy was mixed in with a bunch of magazines my aunt gave me. I read it and I was hooked. Two decades later I can still be found devouring a romance novel, but only when I’m not busy developing and writing my own stories. You see, I am what you could call an accidental author, but I’m not here to talk about that today. Instead I want to tell you why I chose to write gay romance.

I met my best friend when we were nine years old. I was drawn to him immediately. He was smart and funny and unique, and I remember all the kids wanted to hang out with him. By the time we turned fifteen he’d become one of the most handsome young men I've ever seen. He was gorgeous. He had looks and smarts, and he was still funny and unique. But he wasn't that popular anymore, because at some point along the line he'd become flamboyant and effeminate. In the 80s. In Macho-town, population: narrow-minded and chauvinistic. 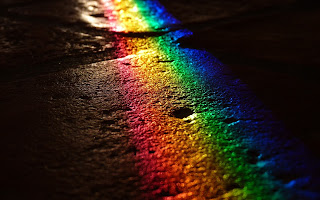 The same kids that played with my best friend when we were younger beat him up for the first time when he was thirteen... and all the way through high school. There were times he was so bruised up I couldn't recognize him. The girls who had considered him top of the line boyfriend material took to calling him the most degrading, humiliating, hurtful names. And the boy who—had it not been for his sexual orientation—would've been prom king, tried to kill himself the night of our ninth grade graduation.

You'd think finding out a sweet human being tried to end his life as a result of their relentless bullying would make those kids stop. You'd think it would make them feel remorse, or shame, or disgust at themselves or something.

They were still trying to beat him up by the time we made it to our senior year, and they were still calling him names. But they never touched him again. Not because that sweet, smart, unique and unapologetic flamboyant boy grew up to be 6'1 and ripped, but because he had dignity. He knew who he was, he owned it, and he didn't bow his head ever again after he tried to end his life. He was who he was, and people respected that. He taught me the meaning of “pride”.

I moved away over ten years ago, but my friend still lives in the same town and I've got to tell you, the population has not changed. But some people have. Enough to make things a little easier for little gay boys... enough that at our ten year high school reunion he got public apologies from all those students that should've been his friends. And you know what? Thirteen years after that reunion, most of them are.

When I write I think about my best friend, as well as all the gay brothers, cousins, and friends out there who are feeling isolated or in despair. In my opinion, the presence of gay romance is extremely important. It spreads a message of tolerance, acceptance and love in a time where a big chunk of society remains afraid of what they can't understand. Hopefully it'll also help people realize gays are meant to be here and, just like the rest of us, they have a right to love and be loved.

My best friend is the driving force behind my work. He’s the reason why I’m inclined to write realistic fiction, and only portray characters that represent real men. I feel compelled to honor him with a solid plot, and to explore the issues and situations that make it difficult for gay men to achieve happiness in their life.

I’ll always do my best to give my readers an enjoyable ride that will leave them emotionally invested, but I must warn you. Miracles never happen in the stories I write, and taking the easy way out is not an option. There's no "magic penis" that'll cure anything and everything, but there's a strong desire to be happy... and there's love. 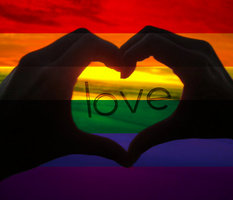 Posted by Taylor V. Donovan at 1:04 PM No comments: 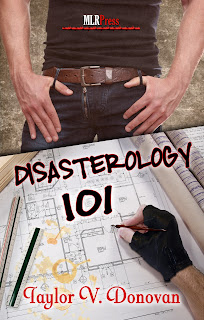 
“Thanks for sharing,” Dr. Black said with a toothy grin. “Now let’s talk about what you’d like to be able to do the next time you find yourself interested in a man.”
Posted by Taylor V. Donovan at 12:48 PM No comments:

Come hang out with me and the awesome folks of Live Your Life, Buy The Book. We talked about the BY Degrees serial, what's happening with TVD, and what's coming next, and also revealed the cover of Six Degrees of Separation.

See you there!
Posted by Taylor V. Donovan at 11:21 PM No comments: