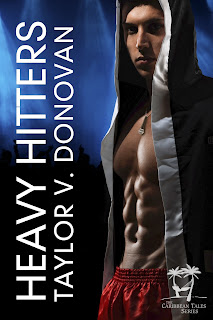 So, those of you who follow me know that Heavy Hitters was  scheduled to release well over a year ago. Then life happened, and it kept happening, to the point where I had to take a sabbatical to care for myself. While I was away, I decided to replace the story's gorgeous first cover with another gorgeous one, because the original reminded me of a painful period in my life and I wanted a clean slate.

And here I am, months and months later, feeling better and ready to release this baby to the world. :-)

To celebrate the June 24th upcoming release, I decided to re-post a little piece I wrote a long time ago to promote the story. Hope you enjoy, and please, feel free to share your stories. I'll be giving away two copies to commenters I'll choose randomly. :-)

Knocked Down By Machismo


I was born and raised in the beautiful island of Puerto Rico, a paradise in many ways. Tropical plants, rainforest, sunny beaches, transparent water, soft golden sand…. Do I sound like a tourism commercial yet? *g*

Down there people are friendly, family-oriented, and extremely lovable. They’re also mainly Catholic, and, to this date, ruled by machismo and gender roles. Men are expected to be brave and protect the honor of their families. They’re supposed to have excellent work ethic, be good providers, and live up to their responsibilities. Women, even if they have jobs outside the house, are expected to clean, cook, care for the children, and take orders from the husband. As simple as that. There’s little—if any—room for anything else. 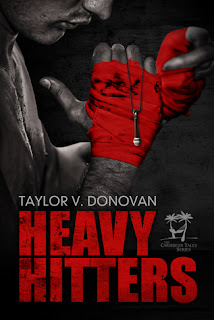 Don’t get me wrong, though. Women are highly regarded.They rule the house and keep the family
united, but there’s no denying the patriarchal authority that exists in most every home. Dad says what’s allowed; he says when and how. In some cases he even subjugates his wife and resorts to domestic violence in order to prove his manhood. He wants his daughters to be like mom, and his sons to be little clones of himself. And I can tell you, not many dads are open-minded and accepting if one of their sons happens to have interests that are attributed to girls.

Such is the case with Julio Malavé, one of my main characters’ father. He’s belligerent on a good day, abusive on a regular basis, and he’s drunk most of the time. His mission in life is to make sure Santino becomes a boxing champion and behaves like a “real man,” and he has no qualms in destroying his son’s spirit in the process.

You see, coming out as gay wasn't really an option for many Puerto Rican boys. They faced discrimination, mockery, bullying, and downright abuse. A lot of times they’re killed for their sexual orientation. I wouldn’t say Puerto Rico isn’t a safe place for gay men. Hundreds of them are out and proud, but they are the exception, not the rule, and there’s a price to pay.

Heavy Hitters is a love story...a self-discovery story...self-acceptance story, and a reconciliation story with family, culture, and life. I hope you all join Luca and Santi in their journey through life. :-)


Do *you* have any experience with machismo? Any stories or opinions on the matter you’d like to share? Leave a comment below for a chance to win a copy of Heavy Hitters. I’d love to “hear” your thoughts.
Posted by Taylor V. Donovan at 12:58 PM 4 comments: